Since 1992, the foundation has doled out more than $250,000 in the form of 203 grants. The foundation’s remaining funds will be awarded for “transformative” projects up to $100,000, or 10 percent of an organization’s budget, according to president Brian Riedel.
Know More


OutSmart magazine profiled John Steven Kellett and the Foundation in 2005:

Through the charitable foundation he established, John Kellett supports important work in the community. He urges the rest of us to do the same
Know More

The activist and philanthropist John Steven Wilson Kellett passed in his sleep early on the morning of Sunday, January 28, 2018.

Born in 1927 the only son of Harold Irving Kellett and Alice Anne Briggs Kellett, John Kellett grew up in Lawrence, Massachusetts. He attended Phillips Andover Academy and the Massachusetts Institute of Technology, where he earned both his undergraduate and graduate degrees in chemical engineering. Immediately upon graduation, he was hired by Exxon, and began a career in refinery planning and project management that would take him across the globe – to New York, London, Singapore, Hong Kong, and Okinawa. In 1972, the company transferred him to Houston, the city he would call home for the rest of his life.

An avid lover of opera, chamber music, dance, and musical theater, he was a patron of many arts organizations in Houston, including the Houston Grand Opera, Opera in the Heights, and Chamber Music Houston. He served for many years on the board of Bayou City Concert Musicals. He was also a longtime active member of the Unitarian Universalist Church, and in his own words, "strongly supported its principles."

He was particularly passionate about ending discrimination against lesbian, gay, bisexual, and transgender people. He served for ten years on the board of the Texas Human Rights Foundation, established in 1977 by Robert "Mort" Schwab to repeal the sodomy laws in Texas. A few years after his retirement from Exxon, he established the John Steven Kellett Foundation, a 501(c)3 that fosters the LGBT communities of Houston by funding educational, cultural, and charitable organizations. Some of those organizations include QFest, HATCH, Parents and Friends of Lesbians and Gays Houston, the Texas Transgender Nondiscrimination Summit, and the JD Doyle Archives. He also provided significant support for the LGBT Student Center at MIT, which in 2001 inaugurated an annual award in his name to recognize an individual or group at MIT for exceptional, sustained commitment to creating a more welcoming environment.

A memorial service will be held on Sunday, February 25 at 2:30 PM at the First Unitarian Universalist Church, 5200 Fannin St, Houston, TX 77004. In lieu of flowers, please honor his memory by donating to an LGBT charity of your choice. 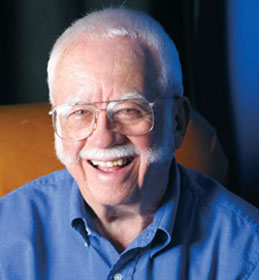